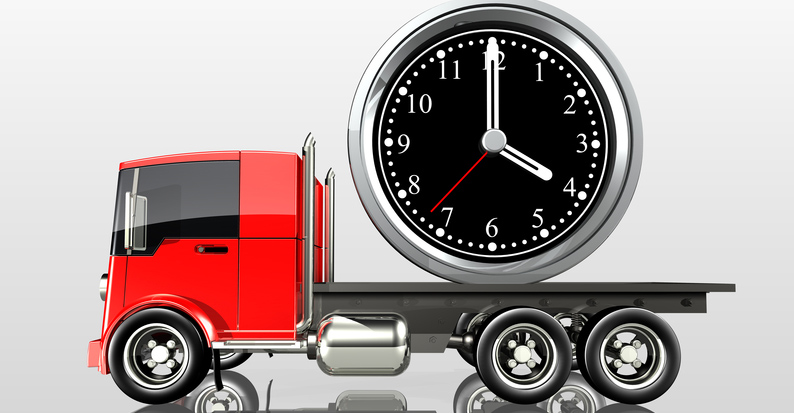 The top trucking regulator in the U.S. says driver detention and delays by shippers is a safety issue and she’s  prepared to introduce regulatory measures if the practice doesn’t stop.

In a keynote speech Tuesday at the 93rd annual meeting of the Transportation Research Board, Federal Motor Carrier Safety Administrator Anne S. Ferro sent a clear message to shippers and consignees who unnecessarily detain truck drivers, according to the Journal Of Commerce. “It an area of not just inefficiency in the supply chain but inefficiency that is placed on the back of truckers and for which they are not compensated,” she said, indicating  that a rule-making aimed at preventing shippers from detaining drivers could be a reality.

Detention, which is often cited as a major factor in the growing shortage of qualified truckers, continues to be a major sore point for drivers as it affects per-mile pay and hours-of-service.

As JOC reports, FMCSA has taken aim at driver detention as it advances a regulatory agenda based on changing driver behavior to reduce the number of truck-related crashes. The agency has been studying since 2012 how detention affects driver safety, pay operations, and compliance with hours of service rules. The research is aimed at “ understand(ing) better the correlation between driver detention and safety outcomes and driver compensation and safety outcomes,” said Ferro.

“Drivers have among the toughest jobs in our nation. They operate under very difficult conditions, they operate under extreme stress and they operate, frankly, in some cases with extreme disrespect when it comes to detention time and poor compensation given the job and the skills and knowledge they have to have.”

She said a recent ride-along with a truck driver  “engendered further passion for me to press forward on improving the conditions under which drivers operate.”

With the CSA program in effect and the supplemental notice of proposed rule-making on electronic logging devices expected within the next 30 days,  a regulation targeting unnecessary detention moves higher on FMCSA’s to-do list, states JOC.

“We need a real change in our transportation culture to recognize that safety means more than complying with safety rules. It means changing work-rest schedules that contribute to fatigue,” Ferro told the National Industrial Transportation League in November 2011.

Driver detention costs the trucking industry as much as $4 billion a year in lost productivity, according to a 2009 Department of Transportation study. Truck drivers measure that lost productivity in hours spent waiting for trailers to be loaded or unloaded, the lost miles they could have been hauling with freight while waiting, and the money they’re not earning while waiting at a customer’s site.